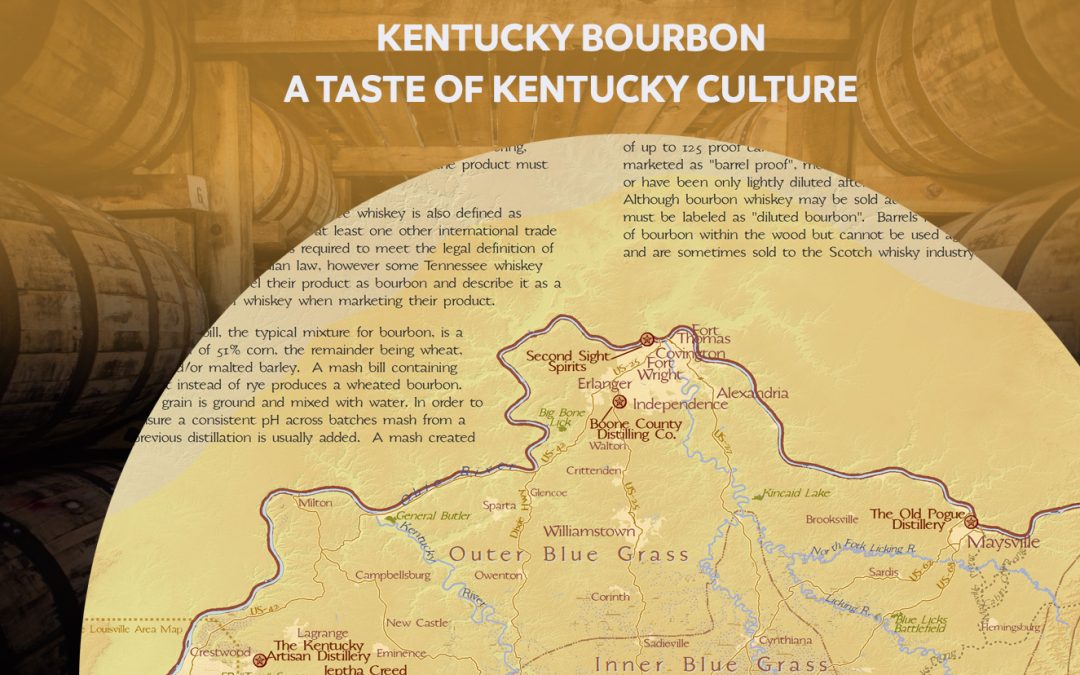 The Kentucky Bourbon trail embodies the “spirit” of the state. With a whopping 73 bourbon distilleries, Kentucky offers a robust profile of whiskey. A brief journey of the bourbon trail gives people a greater appreciation on how bourbon is produced and enjoyed by whiskey connoisseurs. This amber-colored spirit enriches Kentucky’s history and three major producers—including Makers Mark, Woodford Reserve, and Buffalo Trace—define its prestige. Like the history of wine in Napa Valley California, Bourbon has a diverse history that resonates like the rich profile of Makers Mark.

The Bourbon Trail scenically extends through Kentucky and is proudly regarded by Kentuckians as a cultural heritage site. Even though the Bourbon Trail is nationally acclaimed for its whiskey culture, prohibition threatened “America’s Official Native Spirit.” From 1920 to 1933, the government restricted Bourbon distilleries and instituted a law that made the spirit available only for medical reasons. Many distilleries toppled due to financial insecurity—but Buffalo Trace famously endured Prohibition. Bootlegging and illegal production of bourbon certainly kept the tradition alive, and tunnels along with hidden rooms are scattered throughout the Bourbon trail. The three signature bourbon producers along the trail illustrate the resilience, boldness, and prestige of Kentucky Bourbon.

Makers Mark leaves a mark on the taste buds of whiskey connoisseurs. Like the age-old tradition of bourbon in Kentucky, Makers Mark has left a deep impact on the bourbon industry. Makers Mark began with a 170-year-old recipe that was perfected and refined over several generations. Bill Samuels, Sr. restlessly refined and tweaked his family’s bourbon recipe before Makers Mark hit the market in 1958. Rye grains, which are commonly used in bourbon making, were replaced with winter wheat, creating a juxtaposition between a feisty hotness and sweetness. Like Makers Mark, Woodford Reserve was originally produced from an old recipe that revolutionized the bourbon market.

There is a common debate between Makers Mark and Woodford as the best Kentucky bourbon—however, these two whiskeys are incomparable and unique in their own ways. Although Woodford Reserve was established in 1996, it emerged from the Brown-Forman company that existed from the Labort and Graham distillery. Once again, an older bourbon recipe was tweaked and modified in subtle ways to produce the seminal Woodford Reserve whiskey. The formula for Woodford Reserve is quite simple—with a blend of 72% corn, 18% rye, and 10% corn—however, the taste is quite complex. A smoky tinge compliments the sweetness and thick palette of Woodford Reserve. The oldest bourbon on this list is Buffalo Trace, which endured the Prohibition and continues to be celebrated for its longevity.

Buffalo Trace is essentially a taste of history distilled into each powerful drop of bourbon. The distillery prides itself of the bourbon enduring two centuries of production, which informs its potency and originality. Buffalo Trace offers a plethora of whiskeys that range from twenty dollars to several hundred for more complex and mind-bending whiskeys. “Elegant and rich” are Buffalo Trace’s adjectives for their bourbons and the vintage and antique whiskeys are prized among collectors. In 1771, Daniel Boone traveled through Lee’s town on a buffalo trace, lending the whiskey its name. In fact, actual buffalo roamed the lands as they headed west toward the Great Plains.

Although there is no best whiskey on this list, Buffalo Trace is a requisite bourbon for connoisseurs seeking to taste Kentucky’s rich history. 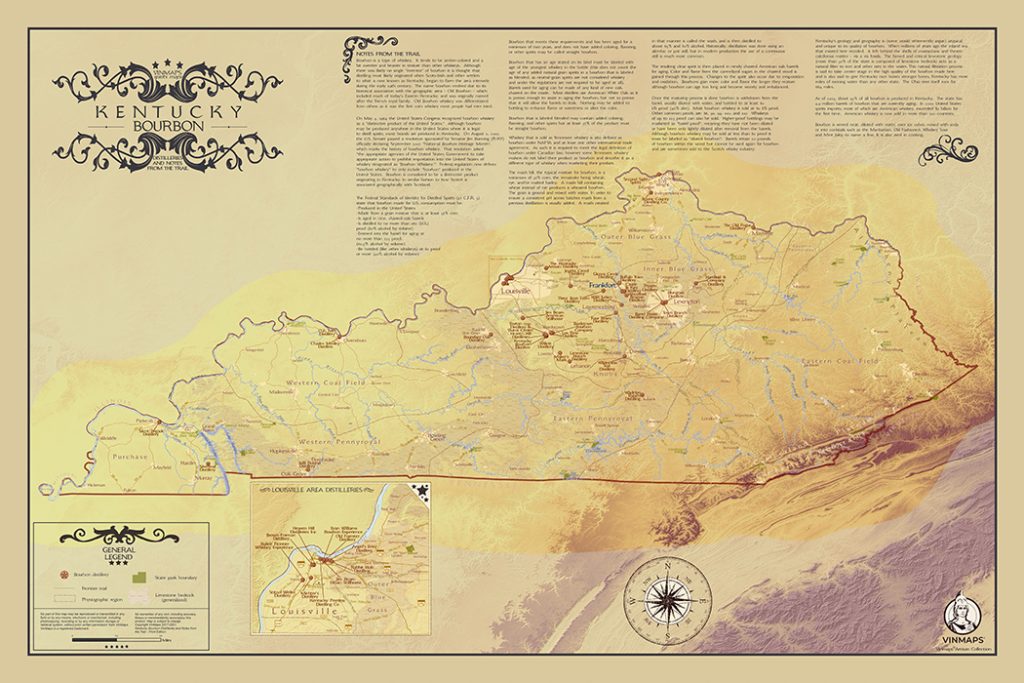 Explore the Spirit of Kentucky with our beautiful and distinctive bourbon map. This detailed and visually captivating account of the amber-colored spirit is the perfect gift for yourself and the bourbon or whiskey lover in your life.